Murder Among the Roses 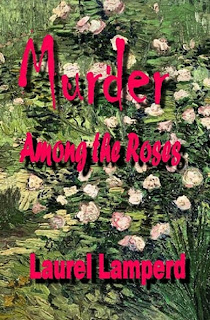 Murder Among the Roses, my detective mystery romance, is now available as a Kindle download. $3.99.
When Detective Matt Allenby arrived in the hamlet of Taylors Crossing in the hills above Perth in Western Australia, to investigate a murder, he thought it would be a straight forward case. He didn't expect the locals to have secrets of their own which would conflict with his investigation. Then Matt finds he is falling in love with one of his suspects.
A story about people making a new life for themselves in a community where they have found friends when a murder threatens to destroy their new found peace.
Murder Among the Roses is available ina print version available from Amazon, The Book Depository, Barnes and Noble and other sources.
Posted by Laurel Lamperd at 11:48 AM