One Way ticket to Mars? Any takers?


Have you seen the article on a One Way trip to Mars ?Tickets will be funded by an ongoing Reality TV program following the training and adventures of the competitors.

With over 10,000 people already signing up for the chance, the organisers are confident they can maintain the ratings to finance this science fiction type challenge.

So, would you be prepared to fly into the wild blue yonder and beyond? 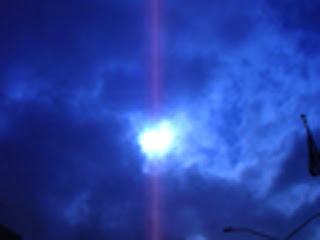 The time spent in a tin can  bombarded by radiation as you leave Earth and  head toward Mars would be enough to kill any human.

However, before leaving you would need to have at least three different types of nanobots in your blood.

One to seek out cells damaged by radiation, one to repair cells and another to reconstruct bone tissue, depleted from radiation and time in space.

At least that's basically what I understood from a documentary I saw many years ago. Back then the projected date for the first manned Mars ship was 2020.

It was confirmation at the time, that my fantastic idea of nanobots in my hero's blood wasn't too far fetched. 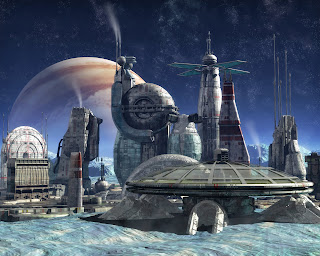 Now the idea seems to be to send robotic builders to prepare a base for the intrepid travellers with their one way tickets.

Imagine what type of dwellings they would need?
All the science fiction films and books conjure visions in my imagination. I have a feeling the reality would be functional and less than aesthetic.

Not quite how this artist envisages things.

Funded by the television viewers... I love this idea. It fits so perfectly, again, with the ideas I used in The Chronicles of Caleath. 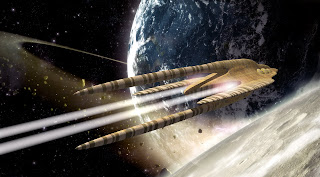 What a wonderful world we live in...
I am sure I wouldn't want to be on  one of the space ships leaving for a one way trip.

No. I wouldn't line up for tickets. Not in this lifetime.

I am happy to stick with my imagination.

Photos courtesy of Fotolia.com ... into the blue is my own image.

Posted by Rosalie Skinner at 1:10 PM