I first thought of making The Winter's Tale into a short story. It could almost be the basic for a novel. How many lifetimes does a writer have? Instead it became a poem.
The poem was first published in The Small Press Times, then I published it in my short story and poetry anthology, The Japanese Grandmother.


They met in the rain
Outside the coffee shop.
He had come from visiting
his newborn son.
She was on her way
to collect her daughter
from ballet lessons.


They were together in Paris.
He had an offer
Of a top job in London.
She had to return

to this antipodean city
where her mother was dying.
He saw her to the airport.
She promised to return
but her mother
took a long time dying.


He took her arm
And led her
into a coffee shop
across the way.
He ordered coffee
holding her hand
as he caressed the rings
another man had placed there.


Silently she cried as
he kissed her cold fingers
With lips wet from the rain.


She gave him a last anguished look
Before rushing into the rain.


At his feet was the cup
She had knocked from the table.
Broken in two.


Picking up the chit
He went to the check out.
They added
the price of the cup
to his bill.


He picked up the change
And went into the rain. 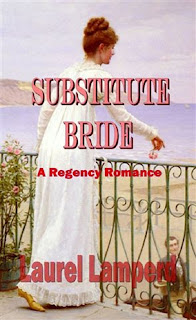