Read all of my short story, Ways of Love, on
www.authorsden.com/laurellamperd

A short introduction below
Beth Herrick was the proverbial spinster daughter. She'd left her job in a solicitor's office to help her mother look after her father when he was ill. Her other siblings, married with families, said Beth was the logical one and already lived at home.
Beth didn't tell them about the young man at the office who was showing an interest in her. Reluctantly she refused his invitations to the movies, knowing she had to be a bulwark for her mother. The young man, timid and reserved like Beth, faded away.
When their father died two years later, the family decided Beth should stay home with their mother to look after her though Clarissa, their mother said she was perfectly able to look after herself. Beth should go back her old job and get into the world again.
There's no need for Beth to work, the family said. Their late parent had left his wife and youngest daughter substantially well off but during the years since her father's death, the inheritance had shrunk. Beth found it hard to make ends meet. She thought of returning to work but time had moved on since she'd worked in an office. She'd forgotten half her shorthand and hadn't used a typewriter for years. She thought about taking a refresher course but now there were computers and systems her nephews and nieces spoke about with ease. Christopher, Beth's youngest nephew, was amazed Beth didn't know about a byte though he'd told her over and over again.
Beth, who loved poetry and reading, thought she'd re-train as a librarian but she'd lost her confidence. So she put what spare time she had into babysitting nieces and nephews for a few dollars and doing a bit of cooking and cleaning for the woman down the road who had a high powered job in the city and who continually told Beth she'd give anything to stay home for a few days and sleep. 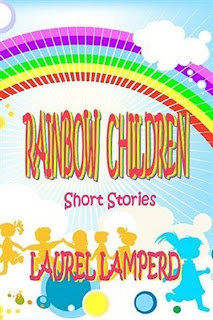