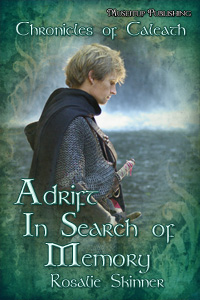 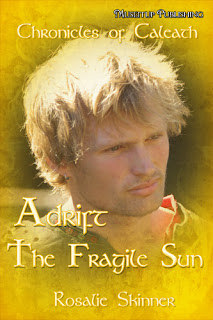 Books seven and eight in the Chronicles of Caleath... to be released in March 2012 and April 2012...
Thanks to the cover artist at Museitup... Delilah Stephens for making magic happen.
My thanks also go to those people who have kept pushing me to find a publisher and to the publisher who found me. To Matt for having the patience, faith and enthusiasm to find locations, armour and outfits to suit the hero for the covers, To Rachel for her talent and skills with the camera and for Lisa for her ideas, her organisation and her unfailing confidence in the Chronicles.
I have self published twice and both times the covers were a huge disappointment. There was a time when another publisher contracted the series but the covers offered then were distressing. One of many reasons for shelving the idea of publishing.
It wasn't till Wendy Laharnar told me Lea Schizas was publishing now, that I considered dusting off the Chronicles and submitting them to Museitup. So my thanks go to Wendy too!! and Lea for taking the series on.
I think that's enough ranting and raving on my part. Thanks for bearing with me. Seeing your covers come to life is a huge part of the publishing process. A postitive and tangible place to begin promoting in earnest.
Look out world.. the Chronicles of Caleath are coming....
Posted by Rosalie Skinner at 8:53 AM